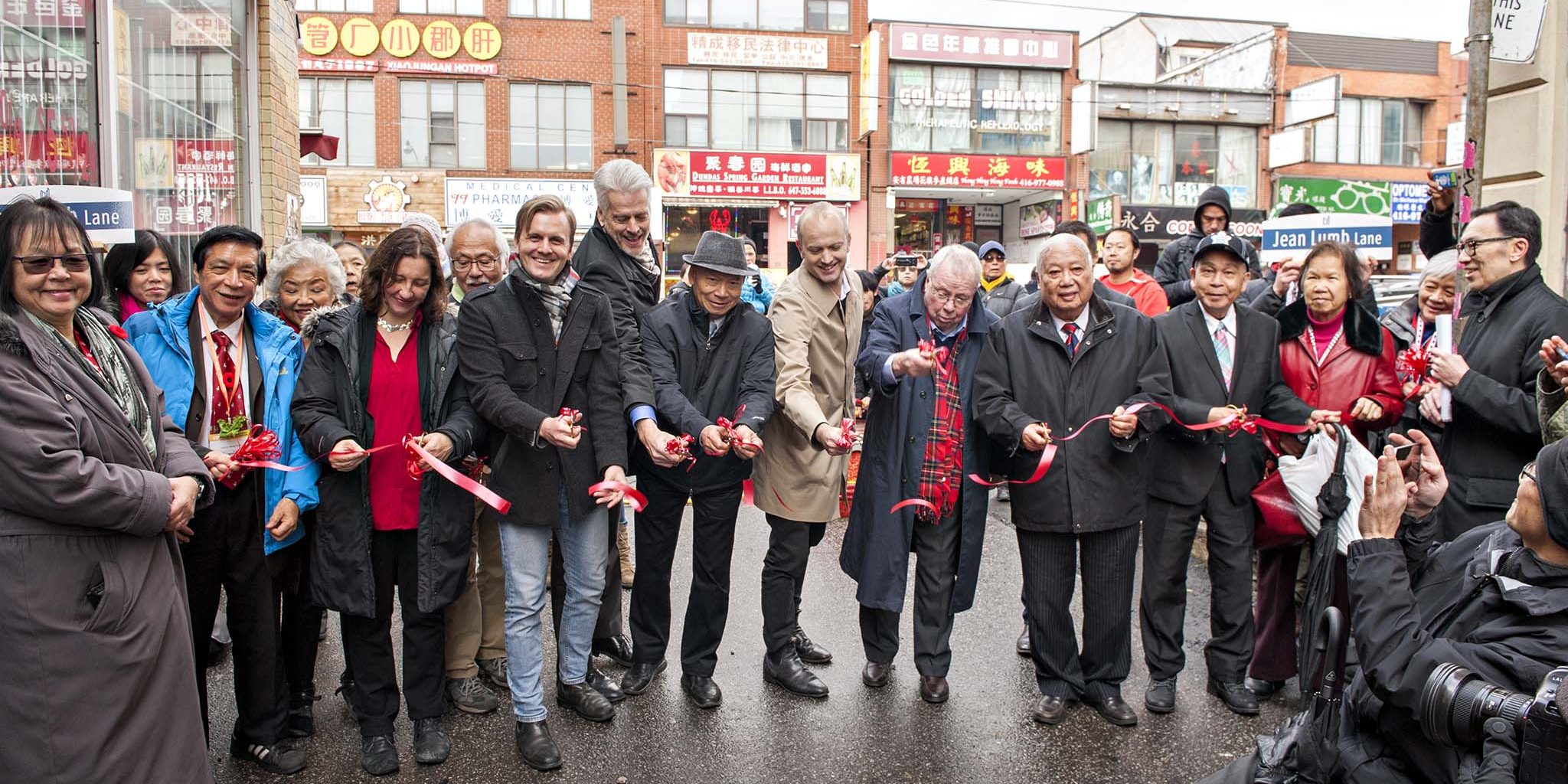 After the pending process and preparation work, Chinatown BIA and Jean Lumb Foundation, in partnership with the City of Toronto, were pleased to unveil the Jean Lumb Lane today. The ceremony was preceded by a traditional lion dance and ribbon cutting. Political leaders including MPP Jessica Bell, Councillor Joe Cressy and Toronto former mayor David Crombie, attended the unveiling ceremony and gave influential speeches showing their respect to Mrs. Jean Lumb.

“Mrs. Jean Lumb is an outstanding Chinese Canadian and role model, who contributed a lot to our community. Since Year 2019 marks the 100th year of birth of Jean Lumb, the unveiling of Jean Lumb Lane this year means so much to us,” said Tonny Louie, Chairperson of Chinatown BIA.

In May, The City of Toronto received an application from a resident, requesting to name an existing public lane in West Chinatown after Jean Lumb, the first Chinese Canadian female recipient of the Order of Canada. In August, the Toronto and East York Community Council approved the name “Jean Lumb Lane” for an existing lane located east of Huron Street, extending south of Dundas Street West.

Jean Lumb, C.M. (1919-2002) was a pioneer Chinese Canadian woman who has done incredible work in fighting against racial discrimination and received honourable recognition in Chinese Canadian community. Jean was well-known for her success in lobbying for the withdrawal of the discriminatory immigration law in the 50s and leading the “Save Chinatown” campaign in the 60s. As a social activist, Jean paid tireless effort in embracing multiculturalism, improving women’s social status and preserving Chinese culture.

Toronto Chinatown Festival Is Back This Summer!
March 17, 2022
Go to Top